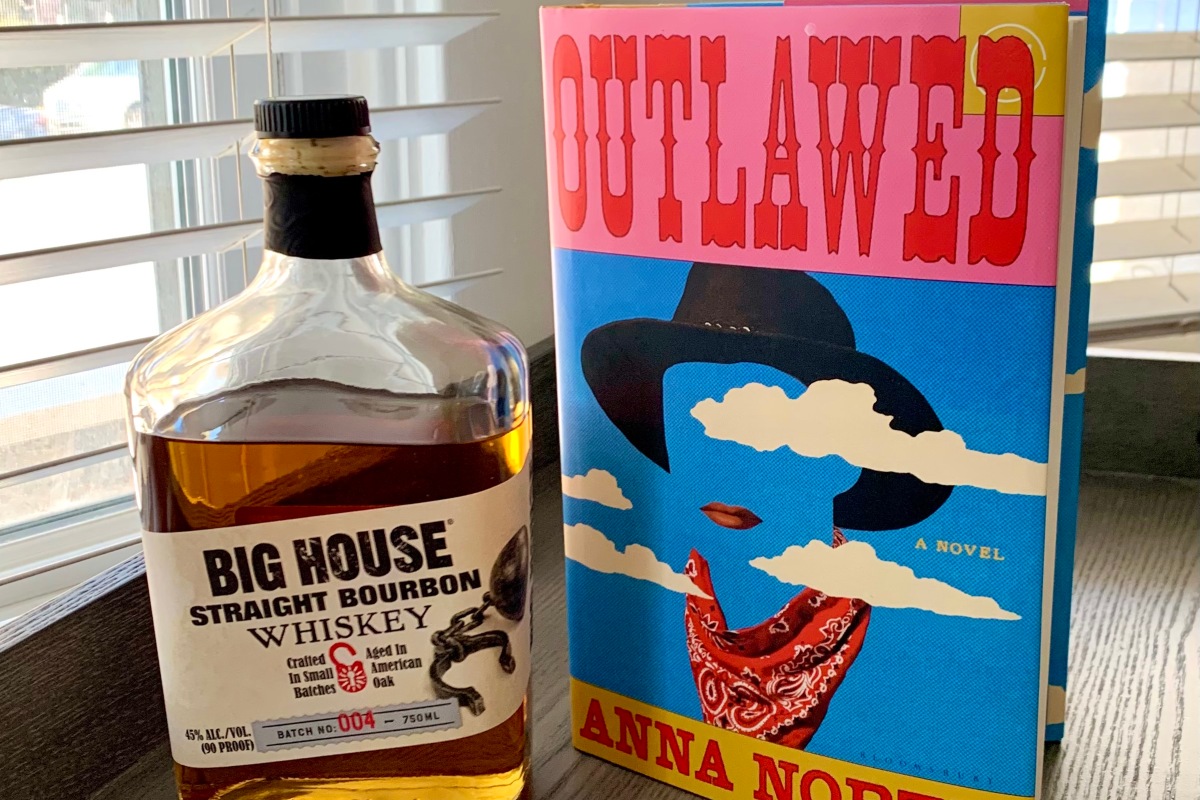 So in case it isn’t evident already, I tend to be drawn toward books that are dark, intense, satirically funny, mysterious, or pretty much bound to make me an emotional wreck. But I try to pick a book outside of my norm at least once a month, whether that is through tone or topic. In January/early February, I decided to go with Outlawed, as I have never read a book with a Western setting before! This one was a short, fun trip outside my norm that provided a great escape into the wild West, full of adventure. Overall, this book had awesome feminist vibes and positive LGBTQIA+ representation, and I. Am. Here. For. It!!!

Quick synopsis: In a town where barren women are thought to be witches and blamed for everything that goes wrong, Ada finds herself on the run as an outlaw when she fails to provide her husband with a child. A talented doctor, she joins up with the Hole in the Wall gang, a band of other outcasts led by the Kid, their enigmatic and charismatic leader.

This book was overall such a fun-filled ride. I loved Ada’s fighting spirit and appreciated how she had to really battle her own internal struggles of craving both motherhood and acceptance, but also recognizing and wanting to fight her society’s hatred toward barren women and groups experiencing “otherness,” such POC, queer-identifying people, and more. While this setting — “In the year of our Lord, 1894” (pg. 1) — seems so far from today’s time, it definitely helped me recognize the ways our society has advanced and become more accepting, but also the ways we’re often still stuck in the past when it comes to stigmas surrounding motherhood, sexual freedom, and queer identity especially.

Additionally, I loved the wide range of characters, such as the Kid, Lark, Cassie, Agnes, and many more. For a short book that was largely plot-driven and not as focused on character development, I still greatly enjoyed getting to know these characters, their personalities, their triumphs, and their struggles. I wish the book had perhaps dived a bit deeper into who each character is since I tend to gravitate toward character development over plot, but with Ada, Lark, and the Kid in particular, North did a great job building back stories for them that were both tragic yet uplifting and made me just want to totally cheer for them until the very end! It was also awesome to see such a diverse, inclusive cast in terms of sexual and gender identity and race. When I think “Western,” I typically think White and ultra-masculine, so it was cool to see this genre totally flipped on its head in terms of inclusivity.

While I probably won’t pick this book up again, I’ll definitely recommend it to any readers looking for a flat-out fun, high-stakes adventure filled with friendship and the search for acceptance — of others and of oneself. And I’ll certainly be looking forward to seeing how it translates to the small screen with Amy Adams at the helm.